MCQ on Major discoveries in Microbiology 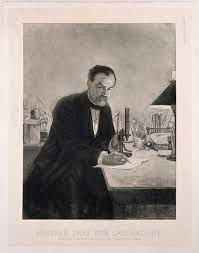 Multiple Choice Question on Major discoveries in Microbiology
1) The Nobel prize winner physician and microbiologist Robert Koch was the first scientist to identify the causative agent for the infectious disease called anthrax in humans.
Which other microorganisms were first reported (isolated) and identified by him?
Select all the correct answers:
a) Mycobacterium tuberculosis
b) Bacillus anthracis
c) Bacillus cereus
d) Vibrio cholerae
e) Escherichia Coli

3) Which of the following scientist had a major contribution in the field of science who developed a compound microscope and coined the term ‘cell’?
a) Robert Koch
b) Antony Van Leuwenhoek
c) Robert Boyle
d) Robert Hooke
e)  Louis Pasteur

4) Louis Pasteur, also known as the father of microbiology is regarded as the greatest scientist of the nineteenth century.
All of the following is the contribution made in science by him, Except?
a) Developed a series of experiments to support the germ theory of disease
b) Developed the first vaccine against tuberculosis and polio
c) Developed a sterilization process called the pasteurization process
d) Demonstrated the fermentation process

6) The virus was discovered by Dmitri Ivanovsky, apart from him which of the following scientist is considered as one of the founders of virology?
a) Louis Pasteur
b) Charles Chamberland
c) Martinus Beijerinck
d) Edward Jenner

7) Which of the following famous person was first to find out that microorganisms are responsible for wound infections and also developed the method of antiseptic surgery?
a) Joseph Lister
b) Robert Hooke
c) Paul Ehlrich
d) Louis Pasteur

8) Before the identification of a causative agent for Leprosy (Mycobacterium leprae) in 1873, the disease was widely believed to be a curse or the cause of hereditary issues.
Who was the first scientist to identify the bacterium?
a) Gerhard Armauer Hansen
b) Albert Neisser
c) Robert Koch
d) Alexander Ogston

10) In 1796 Edward Jenner was successful to develop a vaccine for smallpox, thus giving the world the first vaccine and saving humankind.
Which of the following statement is not true regarding the history of the immunization/vaccination?
a) Louis Pasteur is credited for the development of the rabies and anthrax vaccine
b) A vaccine for Polio was developed only after the first world war, now totally eradicated from the world.
c) The first influenza vaccination program started in the USA in 1945
d) The vaccines against measles, mumps, and rubella (MMR) were first developed between the year 1961 to 1970

12) All of the following statements regarding the fermentation process in microbiology are true, Except?
a) In fermentation, microbes help in converting a substrate into alcohol or an acid
b) It occurs in the absence of oxygen or a low amount of oxygen
c) Louis Pasteur first reported the microbial role and developed the pasteurization process during the study of fermentation
d) Yeast acts as an important bacterium for the alcohol fermentation
13) Bacteriophages are a group of a virus that infects bacteria, which of the following microbiologist coined the term bacteriophage?
a) Alfred Hershey
b) Frederick Twort
c) Felix De Herelle
d) Adolf Mayer

14) Select all the correct answers regarding the germ theory of disease:
a) Louis Pasteur is one of the important scientists in developing the theory
b) Before the germ theory was widely accepted, it was believed that diseases spread through the air (miasma theory)
c) The diseases are caused by germs or microorganisms
d) Robert Koch supported the theory by describing Koch’s postulates
e) All of the above

15) The gram staining technique was first developed by bacteriologist Hans Christian Gram.
Which of the following statement is not true about the procedure?
a) It is a rapid staining method done for the identification of gram-positive and gram-negative bacteria
b) The primary stain used in the process is crystal violet
c) Gram-positive bacteria retain the color pink whereas gram-negative bacteria retain the color purple
d) Mycoplasma spp and Chlamydia spp cannot be detected by the gram staining technique

17) Agar is an important culture media used for the cultivation of microorganisms, name the scientist who helped in introducing the use of agar for the first time in the microbiology laboratory?
a) Walther Hesse and Fanny Hesse
b) Alexander Fleming
c) Ferdinand Cohn
d) Robert Hooke
e) John Snoe

18) John Snow, a physician from London is regarded as a founder of epidemiology, his work later helped in developing the germ theory of diseases.
Which of the following bacteria was first detected as the causative agent responsible for the outbreak that occurred in London in 1854?
a) Bacillus anthracis
b) Mycobacterium spp
c) Escherichia spp
d) Cholera spp
d) Helicobacter spp
19) The development of the COVID-19 vaccine is one of the important scientific discoveries.
Which of the following vaccines could be the most likely to be authorized in early 2021 in the United States?
Select all the correct options:
a) Moderna COVID-19
b) Novavax COVID-19
c) Astrazeneca COVID-19
d) Janssen COVID-19
20) In 2020 the Nobel prize in chemistry was awarded for the work in the field of molecular biology, name the following discovery made by the scientists?
a) PCR
b) CRISPR gene editing
c) Prions
d) HIV
e) Hepatitis C
21)........................................ is regarded as one of the most important woman scientists in history, she has a major role and contribution in the discovery of the structure of DNA and RNA, and viruses.
a) Katalin Kariko
b) Dorothy Hodgkin
c) Rosalind Franklin
d) Marie Curie
22) Who discovered the drug 'artemisinin' for the treatment of malaria?
a) Marie Curie
b) Rosalind Franklin
c) Joseph Lister
d) Tu Youyou
23) The development of in vitro-transcribed mRNA has helped in the discovery of the Covid-19 vaccine.
Name the scientist who contributed a major role in the development of the vaccine?
a) Fanny Hesse
b) Katalin Kariko
c) Tu Youyou
d) Elizabeth Bugie
24) Which of the following antibiotic was discovered in 1944 by scientists Elizabeth Bugie, Selman Waksman, and Albert Schatz that helped in the treatment of tuberculosis?
a) Streptomycin
b) Penicillin
c) mRNA vaccine
d) Chloramphenicol
25) Name the microbiologist whose work on the bacterial pathogen in milk contributed to the promotion of the pasteurization process?
a) Esther Lederberg
b) Alexander Fleming
c) Alice Evans
d) Robert Hooke
Answers:
1- Option a), b) & d)
2-b) Alexander Fleming
3-d) Robert Hooke
4- b) Developed the first vaccine against tuberculosis and polio
6- c) Martinus Beijerinck
7- a) Joseph Lister
8-a) Gerhard Armauer Hansen
9-e) 1933
10-b) A vaccine for Polio was developed only after the first world war, now totally eradicated from the world.
11-a) Microbial genetics
12-d) Yeast acts as an important bacterium for the alcohol fermentation
13-c) Felix De Herelle
14-e) All of the above
15- b) Gram-positive bacteria retain the color pink whereas gram-negative bacteria retain the color purple
16- c) the 1850s – 1920
17-a) Walther Hesse and Fanny Hesse
18- d) Cholera spp
19-a), b), c) and d)
20- b) CRISPR gene editing
21- c) Rosalind Franklin
22- d) Tu Youyou
23-b) Katalin Kariko
24-a) Streptomycin
25-c) Alice Evans 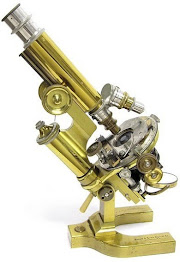