Stoke Therapeutics (Nasdaq: STOK) is a biotechnology company pioneering a new way to treat the underlying causes of severe genetic diseases by precisely upregulating protein expression to restore target proteins to near-normal levels. Stoke aims to develop the first precision medicine platform to target the underlying cause of a broad spectrum of genetic diseases in which the patient has one healthy copy of a gene and one mutated copy that fails to produce a protein essential to health. These diseases, in which loss of approximately 50% of normal protein expression causes disease, are called autosomal dominant haploinsufficiencies.

SKT-001  for Dravet syndrome
STK-001 is an investigational new medicine for the treatment of Dravet syndrome currently being evaluated in a Phase 1/2a clinical trial. Dravet syndrome is a severe and progressive genetic epilepsy that affects roughly 35,000 patients across the U.S., Canada, Japan, Germany, France and the United Kingdom. TK-001 is designed to upregulate NaV1.1 protein expression by leveraging the non-mutant (wild-type) copy of the SCN1A gene to restore physiological NaV1.1 levels, thereby reducing both occurrences of seizures and significant non-seizure comorbidities. Stoke has generated preclinical data demonstrating proof-of-mechanism and proof-of-concept for STK-001. STK-001 has been granted orphan drug designation by the FDA as a potential new treatment for Dravet syndrome.

Preclinical proof of concept for Autosomal Dominant Optic Atrophy (ADOA)
Autosomal dominant optic atrophy (ADOA) is the most common inherited optic nerve disorder. It is a rare disease that causes progressive and irreversible vision loss in both eyes starting in the first decade of life. ADOA is considered a haploinsufficiency, as most people living with ADOA have genetic mutations in the OPA1 gene that result in only half the necessary OPA1 protein being produced. More than 400 OPA1 mutations have been reported in people diagnosed with ADOA. Early research showed 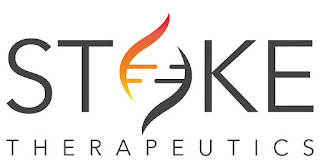