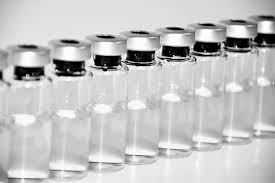 2) The action of the drug on the body is known as ……………………….
a) Pharmacokinetic
b) Pharmacodynamic
c) Pharmacology
d) Pharmacotherapeutics

5) Which of the following statement about receptor is not true?
a)  It determines the quantitative relations between dose or concentration of drug and pharmacologic effects.
b) Responsible for the selectivity of drug action.
c) Mediates the actions of pharmacological agonists and antagonists.
d) None of the above

6) The efficacy of agonist is reduced without affecting its potency is found in ………………….
a) Antagonism.
b) Noncompetitive
c) Competitive
d) Non-competitive and competitive
d) Inverse

7) Which of the following statement about competitive antagonism is true?
a) Can cause a parallel shift to the right in a drug-response curve for agonist
b)  Can be reversed by increasing dose of agonist
c) Appear to decrease the potency of the agonist
d) All of the above
e) None of the above

11) The concentration of a drug required to produce 50% of that drug’s maximal effects is termed as ……………….
a) Efficacy
b) Potency
c) Affinity
d) Bioavailability

12) For a drug given orally, the principal site of drug absorption is ……………………
a) Stomach
b) Small intestine
c) Oesophagus
d) Large intestine

18) All of the following concerning the blood-brain barrier (BBB) and the passage of drugs from the systemic circulation to cerebrospinal fluid (CSF) is true except
a) ionized drugs are likely to cross into the CSF than unionized drugs
b) the higher the lipid solubility of a drug, the more likely it will cross into the CSF
c) inflammation of the meninges improves the likelihood that drugs will cross the BBB as compared to an uninflamed state 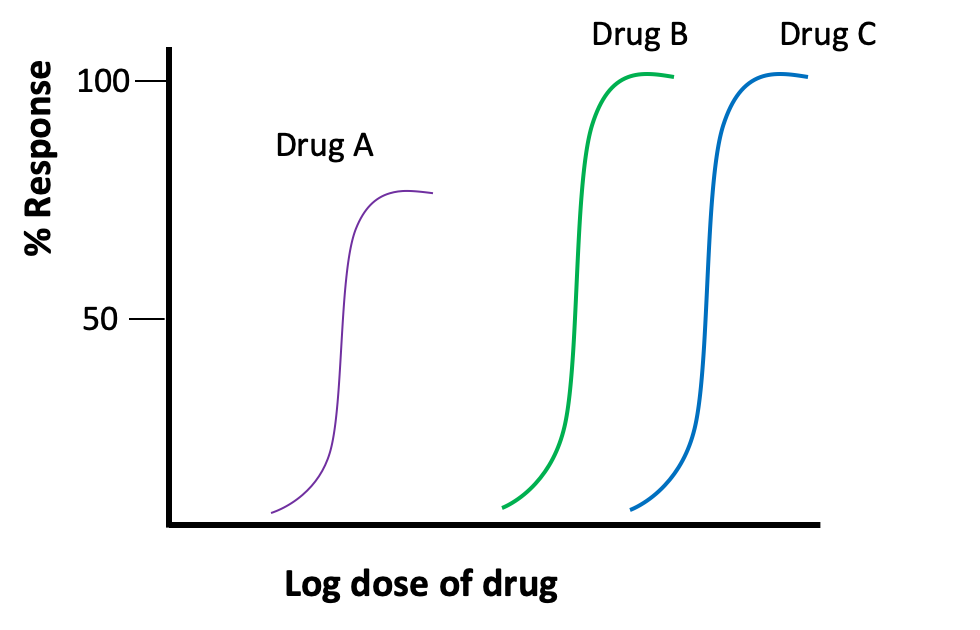 19) When the same dose of a drug is repeated at half-life intervals, the steady-state plasma drug concentration is reached after:
a) 2-3 half-lives
b) 4-5 half-lives
c) 6-7 half-lives
d) 8-10 half-lives

Multiple Choice Answers
1-d) Drug
2-b) Pharmacodynamic
3-d) Weak acids are absorbed efficiently across the epithelial cells of the stomach
4-a) Ionized, less plasma protein bound, lipid soluble
5-d) None of the above
6-a) Noncompetitive
7-d) All of the above
8-c) Parallel right shift
9-b) Affinity and maximal intrinsic activity
10-a) 100% bioavailable
11- b) Potency
12- b) small intestine
13- d) Inactive metabolite from inactive drug
14-a) Subcutaneous and intramuscular route
15-b) a drug with a different pharmacological mechanism of action
16-a) ionized drugs are likely to cross into the CSF than unionized drugs
17-b) Drug B and C have equal efficacy
18-a) Acetylation
19-b) 4-5 half-lives
20-d) A drug needed for treatment or prevention of a rare disease