on December 02, 2020
Fabrazyme (agalsidase beta) Injection, powder, lyophilized for solution for intravenous use
Fabry disease is an X-linked genetic disorder of glycosphingolipid metabolism. Deficiency of the lysosomal enzyme α-galactosidase A leads to progressive accumulation of glycosphingolipids, predominantly GL-3, in many body tissues, starting early in life and continuing over decades. Clinical manifestations of Fabry disease include renal failure, cardiomyopathy, and cerebrovascular accidents. 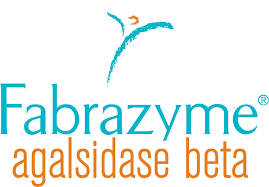 Accumulation of GL-3 in renal endothelial cells may play a role in renal failure. Fabrazyme® (agalsidase beta) is intended to provide an exogenous source of α-galactosidase A in Fabry disease patients. Nonclinical and clinical studies evaluating a limited number of cell types indicate that Fabrazyme will catalyze the hydrolysis of glycosphingolipids, including GL-3.