on August 10, 2021
Anti-drug antibody (ADA) assays are utilized for the detection and characterization of antibodies that are generated against the therapeutic molecules. These therapeutic candidates can be proteins, enzyme, viral packaged gene or RNA for interference or exon skipping. The detection and characterization of ADA against therapeutic candidates are crucial for immunogenicity profiling and investigation of immune response-related safety events. (Ref: Immunogenicity Assessment).

The assay sensitivity is the lowest concentration of antibodies that can be consistently detected by the method. The sensitive assay should detect ADAs in the clinical samples before they reach a level that can be associated with the altered PK/PD & safety profile (clinically relevant ADA). Evidence from clinical studies has shown that ADA levels as low as 100 ng/ml may be associated with altered PK/PD or safety profile. Therefore, the Food and Drug Agency (FDA) and the European Medical Agency (EMA) expect the sensitivity of any ADA assay less than 100 ng/ml and below 5-10 ng/ml for IgE assays.

In comparison to PK assays, the ADA assays do not have the reference standards that are representative of the endogenous counterparts and the assay sensitivity is determined using surrogate controls. And the surrogate positive controls are not the true representative of the ADA that is present in a clinical subject because of the diversity of antibodies binding affinities and recognition to epitopes. The assay sensitivity is assessed by testing the serial dilution of a surrogate controls antibody of known concentration, using a pooled sample matrix from drug-naive subjects. The assay sensitivity is calculated by interpolating linear portion of the dilution curve to the assay cut point and expressed as antibody detected/ml of the undiluted matrix. 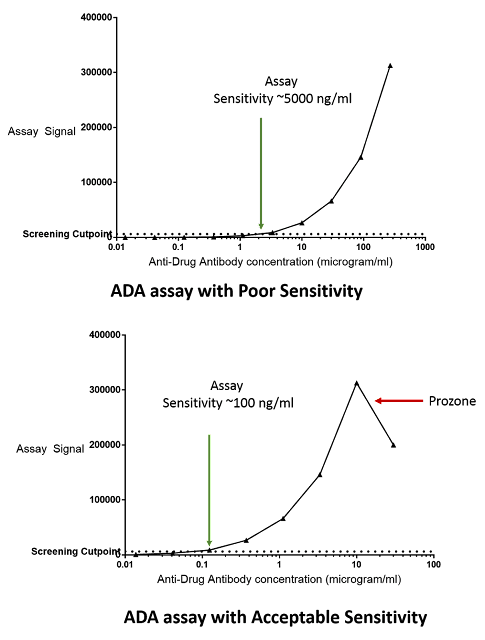 Figure 1: Examples from ADA assays with different sensitivities based on the interpolated titer values at screening cut point


Strategies for preparation of surrogate positive control
The followings are the strategies used to obtain surrogate positive control for ADA assay. They include
-Obtaining antibodies from study subjects
-Use of hyperimmunized animals for antibody production
-Production of monoclonal and humanized antibodies
-Chemical cross-linking and conjugations

Use of hyperimmunized animals for antibody production:
It is a widely adopted campaign for the production of specific polyclonal antibodies against therapeutic candidate molecule. The high dose of a therapeutic molecule is immunized to animals such as goats, mice, and rabbits. The bleed at different time points is collected for the screening of the antibodies. Depending on the type of antibody (IgM or IgM) purification, bleeding time and dosing are scheduled. For IgM purification, the bleed during the primary immune response is collected. In contrast to IgG, the bleed are collected after booster dose that allows the IgG class-switch and affinity maturation. It is always advised to collect multiple bleeds after dosing and screen for better quality antibodies. The species are selected based on the homology of the antigen and the number of antibodies required. In some instances, commonly used animals such as Cyno, goat, and sheep may not evoke sufficient immune response. In those cases, animals such as chicken are also used for the production of antibodies.

Humanized monoclonal antibodies:
The monoclonal antibodies generated in the different model organisms may not be suitable when the assay is designed to specifically detect the Fc region of the antibody. This includes isotype characterization assay where ADA in the sample is captured using the drug and detected using reagent that recognizes the Fc region. In these scenarios, the utilization of monoclonal antibodies from mouse or goat origin may not work properly in the assay thereby not representing the sensitivity of the assay. Therefore, humanized antibodies become a viable alternative. The humanized antibodies can be produced by genetically engineering the variable heavy and light complementarity determining regions (CDR) and remaining constant coding sequence including Fc region. This method can be used to generate human IgG, IgM, and IgE that target the drug molecule and use for positive control. 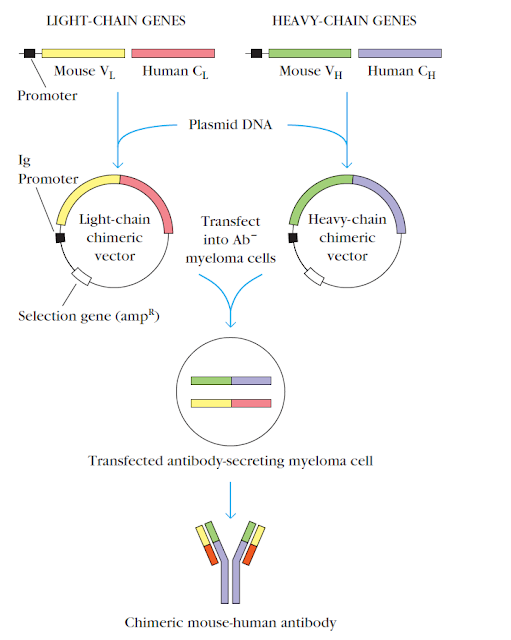 
Chemical cross-linking and conjugation:
The chemical cross-linking or conjugation is handfuls when the antibodies isotype from other species against the specific therapeutic molecule exist and there is a special need for the isotype positive controls. For example, when there is commercially available IgG but no IgE or IgM are available, these IgG can be fragmented (protease digestion) to obtain the Fab region and cross-linked with generic human IgE. This results in the cross-linked IgE molecule that also consists of Fab that binds to the drug. The fragmentation and cross-linking method may be used for short term solutions while other methods for the production of antibodies are being explored. 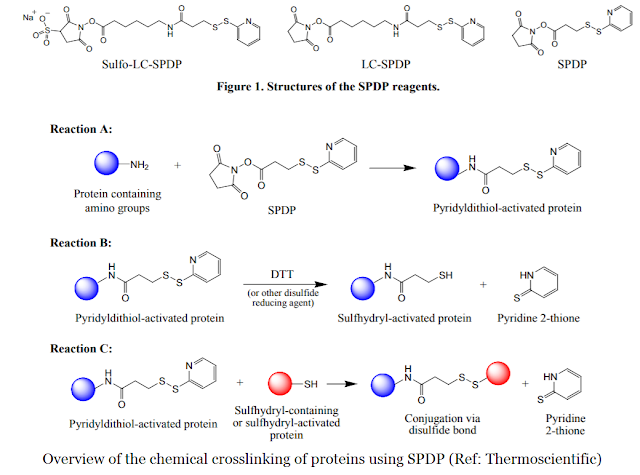 Figure: Example of a method for Protein cross-linking using SPDP from Thermo Scientific


Summary:
The positive controls are important for evaluating assay sensitivity and monitoring consistent performance of the assay. Obtaining suitable surrogate control is key to demonstrate the assay performance for analyzing samples from the clinical studies. The affinity purification, production of monoclonal and humanized antibodies and conjugation methods are commonly used for preparing positive controls and system suitability controls. The selection of appropriate depends on the type of assay, intended use, and feasibility.