1) All of the following are the characteristics of systemic mycoses/deep mycosis, EXCEPT?
a) Most of the dimorphic fungi cause the infection
b) Pathogenesis mostly occurs due to the inhalation of spores
c) Opportunistic fungal infections are the only example of deep mycosis
d) Aspergillosis and mucormycosis are systemic mycoses

2) Blastomyces dermatitidis is a dimorphic fungus that exists as yeast or mold depending upon its growth temperature, all of the following are the characteristics of the yeast form of B. dermatitidis, EXCEPT?
a) The incubation temperature is 25-degree Celsius
b) It reproduces by the formation of blastoconidia
c) The cells are spherical in shape with a thick double layer wall
d) Amphotericin is the drug of choice

3) Coccidioidomycosis has the lesions the same as that of the lesion caused by which of the following infections?

4) Which of the following statement is true for the direct examination of sputum or tissue sample taken from coccidioidomycosis?
a) Identification of budding yeast with its pseudohyphae
b) The detection of spherules with endospores in sputum or tissue
c) The saprophytic phase is observed as septate mycelium with pyriform conidia
d) Tuberculate microconidia are observed in culture

5) What is the other name for coccidioidomycosis?
a) Yellow fever
b) San Joaquin Valley fever
c) Rocky mountain fever
d) Relapsing fever

6) A farmer residing in the Midwest of America developed flu-like symptoms with fever, headache, muscle pain, and cough for a week. Swabs specimens and the sputum sample were taken, radiography examination was also performed which showed diffused bilateral pneumonia. After a week of culture, white mold colonies were observed with large and small conidia.
Name the possible pathogen responsible for this type of infection?
a) Coccidioidomycosis
b) Sporotrichosis
c) Histoplasmosis
d) Blastomycoses

7) What is the most common source for the transfer of the above disease(question 6) to humans?
a) Hen
b) Horse
c) Cow
d) Pig

8) Which of the following is the usual route of infection for histoplasmosis?
a) Nose
b) Skin Wound
c) Both of the above
d) None of the above

9) All of the following statements are true about Histoplasmosis duboisii, EXCEPT?
a) Mostly affects the skin and bone
b) This type of infection is confined to African regions
c) The usual entry of pathogen is through the skin abrasions
d) None of the above

10) Which of the following animal is most susceptible to Blastomycoses?
a) Dogs
b) Pigs
c) Hens
d) Pigeons

11) Which of the following pathogen isolated from the sputum specimen shows mold growth with tuberculate macroconidia and oval microconidia in the laboratory culture media?
a) Histoplasma capsulatum
b) Coccidioides immitis
c) Blastomyces dermatitidis
d) Paracoccidioides brasiliensis

13) Which of the following fungi is a common opportunistic pathogen that can cause meningitis in HIV infected patients?
a) Rickettsia spp
b) Mucor spp
c) Candida spp
d) Cryptococcus spp
e) Penicillium spp

14) Which of the following pathogen is found in soil having high nitrogen content?
a) Histoplasma capsulatum
b) Blastomyces dermatitidis
c) Aspergillus niger
d) Coccidioides immitis 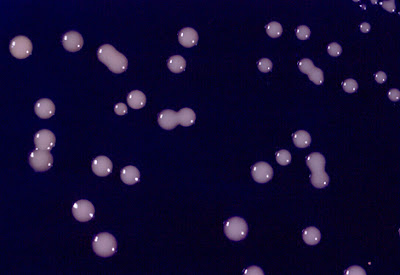