on February 15, 2019
CRISPR is a gene editing tool that are being explored as a potential gene therapy candidate for gene deletions, corrections etc. The high efficiency and specificity of the CRISPR enable its global use in basic research and drug discovery research. The CRISPR consists of two components a) Cas9, a protein that has a nuclease activity b) Guide RNA that recognizes the target sequence, and enables cleavage of target sequence catalyzed by Cas9. Cas9 is a protein that is originally isolated from bacteria Staphylococcus aureus and Streptococcus pyogenes. Because Cas9 is originated from human pathogenic bacteria, the prior exposure to the protein may result in pre-existing antibodies and T cell response against Cas9. The pre-existing immunogenicity against the Cas9 poses a risk impacting the safety and efficacy of CRISPR mediated gene therapy.

The Cas9 RNA is generally packaged into the nanoparticle and delivered into the target cells. Alternatively, Cas9 DNA is also packaged into the viral vectors, delivered into the target tissue, and expressed endogenously. But the Cas9 protein is rarely administered directly and it may not directly comes in contact with Cas9 antibodies. Therefore, pre-existing Cas9 antibodies may have a lesser impact on drug efficacy and safety. In contrast, the anti-Cas9 IgG antibody and Cas9 activated interferon-gamma release (in vitro) suggest a positive of Cas9 specific T-cell and B-cell responses. And the pre-existing Cas9 specific T-cell activity against Cas9 poses a risk of recognizing the MHC- Cas9 transgene complex thereby activating the cytotoxic T lymphocytes and target cell lysis.

Finally, these studies have provided the preliminary data on immunogenicity and substantiated the importance of immunogenicity assessment program for drug development that includes
a) Characterize pre-existing anti-drug antibodies
b) Identify T cell epitopes, HLA restriction
b) Characterization of T cell responses
c) Clinical consequence of pre-existing anti-Cas9 antibodies and T cell responses in safety and efficacy. 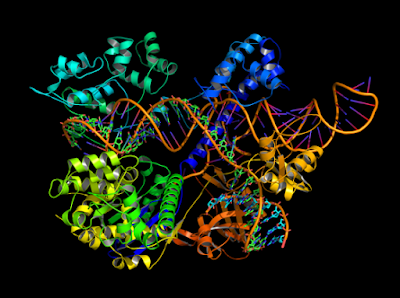