Theoretically, we may want to develop test that have both high (100%) sensitivity high (100%) specificity. In practical, we have to expense one over other depending upon the need of the assay. Establishing cutoff value to attain maximum specificity (detect false negative) may loses its ability to detect positive rates or sensitivity. Similarly, establishing the cutoff limit to attain maximum sensitivity (true positive) may compromise its ability to detect false positive. In practice, for screening any disease, generally high sensitive test are used such that any diseased individual are not missed. And for diagnostic test, the high specificity is preferred to exclude true negative individuals from true positives obtained from screening. Generally sensitivity and specificity of assay are analyzed using Receiver Operating Characteristics (ROC) Curve for clinical decision making.

Receiver Operating Characteristics curve
ROC curve is a graphical plot that illustrate the performance of a binary classifier system ( positive or negative) as its discrimination threshold varies. The curve is created by plotting the true positive rate (sensitivity) against false positive rate (1- specificity). ROC analysis provides tools to select possibly optimal models and to discard suboptimal ones. 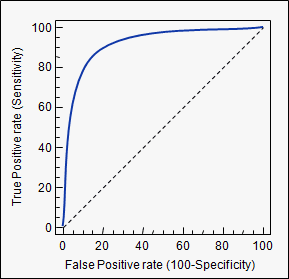 Figure 1: ROC curve that is plotted for comparing two tests. Test A performs better than Test B which can be determined by the area under the curve (Left). The curve shows the distribution of healthy and diseased individuals. The decision threshold can be shifted based on the rate of true negative, true positive and utility of an assay(Right).
Analytical Methods Bioassay