on October 10, 2020
AAV or transgene associated T-cell Response may increase cytotoxicity and loss of transgene expression. In the earliest AAV2 factor IX clinical trials, transient transgene expression was seen for up to eight weeks before loss in a subset of patients. Subsequently, it was determined to be an AAV capsid-specific CD8+ cytotoxic T cell response that likely led to the decline of factor IX expression. Therefore, regulatory agency require sponsor to monitor the T-cell response against AAV viral vectors and transgene and their impact on safety and efficacy in clinical subjects.

The gene construct containing the MHCK7 promoter and micro-dystrophin transgene packaged into the AAVrh74 capsid were administered a single dose of 2.0 × 1014 vg/kg rAAVrh74.MHCK7.micro-dystrophin in approximately 10 mL/kg. This dose was infused through peripheral limb vein over 1.25 to 1.5 h. 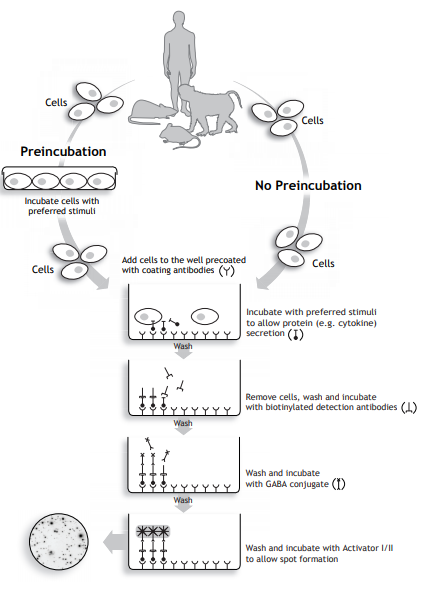 Results
The study reported no adverse immune responses occurred. The study reported that  a transient increase in T-cell response toward AAV peptide pools 1 to 3 as early as 14 days after gene delivery. Increases in AAVrh74 antibodies were observed in all 4 patients, increasing by 14 days (range, 1:800-1:12 000) with post–gene therapy titers peaking around day 30 (range, 1:13-1:26 million) and remaining stable through 1 year.
No remarkable T-cell responses were observed toward 3 distinct peptide pools of micro-dystrophin transgene.