on December 26, 2020
About Fanconi Anemia
Fanconi Anemia (FA) is a rare pediatric disease characterized by bone marrow failure, malformations and cancer predisposition. The primary cause of death among patients with FA is bone marrow failure, which typically occurs during the first decade of life. Allogeneic hematopoietic stem cell transplantation (HSCT), when available, corrects the hematologic component of FA, but requires myeloablative conditioning. Graft-versus-host disease, a known complication of allogeneic HSCT, is associated with an increased risk of solid tumors, mainly squamous cell carcinomas of the head and neck region. Approximately 60-70% of patients with FA have a Fanconi Anemia complementation group A (FANCA) gene mutation, which encodes for a protein essential for DNA repair. 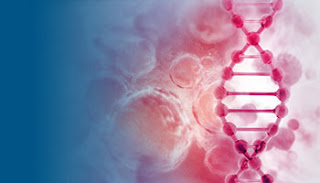 Mutation in the FANCA gene leads to chromosomal breakage and increased sensitivity to oxidative and environmental stress. Increased sensitivity to DNA-alkylating agents such as mitomycin-C (MMC) or diepoxybutane (DEB) is a ‘gold standard’ test for FA diagnosis. Somatic mosaicism occurs when there is a spontaneous correction of the mutated gene that can lead to stabilization or correction of a FA patient’s blood counts in the absence of any administered therapy. Somatic mosaicism, often referred to as ‘natural gene therapy’ provides a strong rationale for the development of FA gene therapy because of the selective growth advantage of gene-corrected hematopoietic stem cells over FA cells.

Primary Outcome Measures:
Secondary Outcome Measures:
Results from Phase I/II Study
The data presented are from seven of the nine patients treated as of the cutoff date of October 2020 in both the U.S. Phase 1 and global Phase 2 studies of RP-L102 for FA. Seven patients had follow-up data of at least 2-months, and three of the seven patients had been followed for 12-months or longer. Key highlights from the presentation include:
Sources
https://ir.rocketpharma.com/news-releases/news-release-details/rocket-pharmaceuticals-presents-positive-clinical-data-its
https://clinicaltrials.gov/ct2/show/NCT04069533
Clinical Trials Rocket Pharma